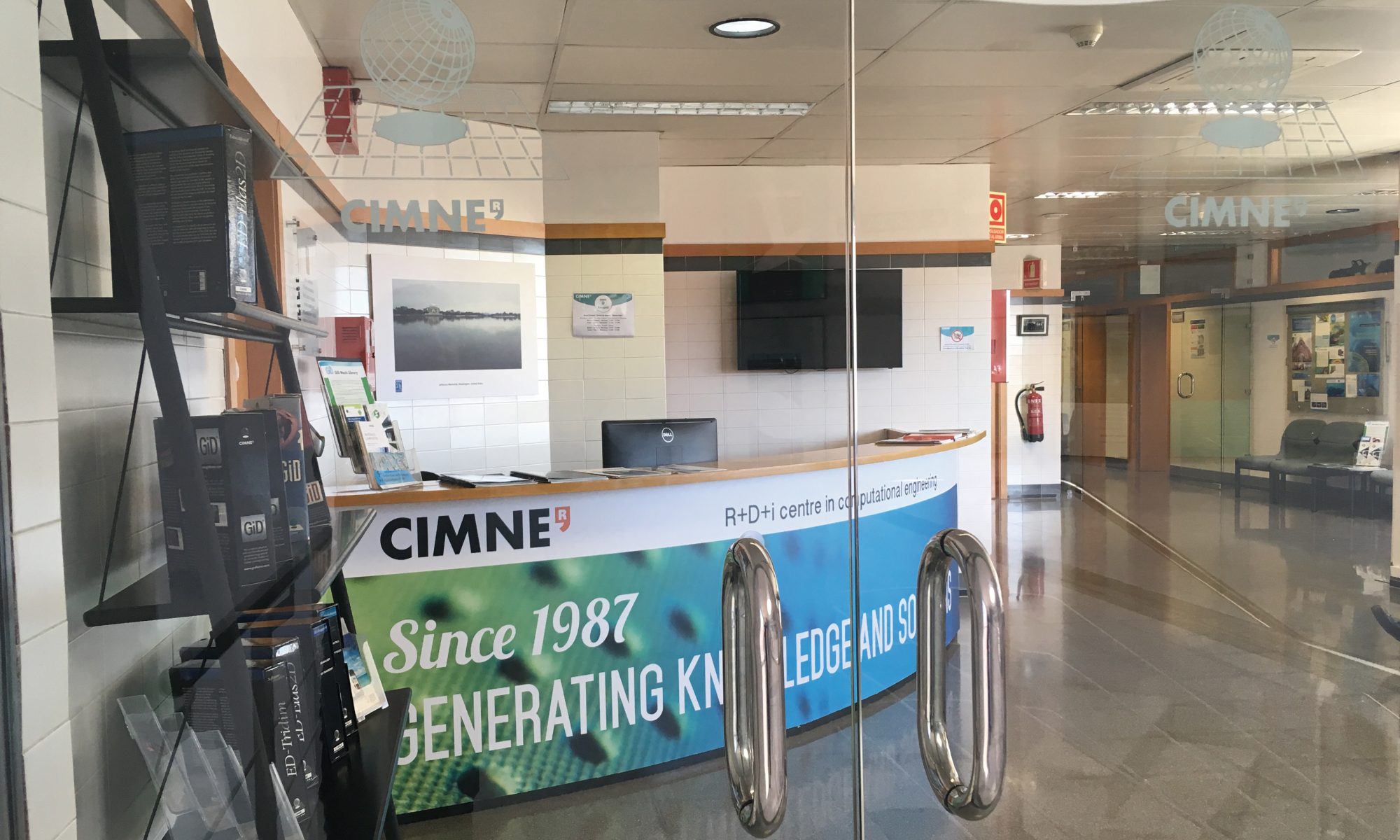 CIMNE’s main premises are located at the heart of the North Campus of Universitat Politècnica de Catalunya · BarcelonaTech.

The offices are situated at the C1 Building, adjacent to the Civil Engineering School of UPC and occupy some 1,000 m2 of modern office facilities and state of the art equipment with last generation computers linked via a fast intranet and a multicore cluster for parallel computing.

This space, created in 1987, hosts around 90 CIMNE researchers and the main administration offices.

In September 2014 CIMNE started the construction of a new building of some 2,000 m2 in the North Campus of the Universitat Politècnica de Catalunya · BarcelonaTech.

The new B0 building, that also hosts the Flumen Institute, was completed by the end of 2015. Several CIMNE researchers moved to the new facilities during the first months of 2016. This new building is equipped with modern experimental facilities for model scale testing of river dynamic and hydraulic problems and it also provides work areas for researchers at the graduate level (master, doctoral and postdocs) and for senior researchers from CIMNE and UPC · BarcelonaTech.